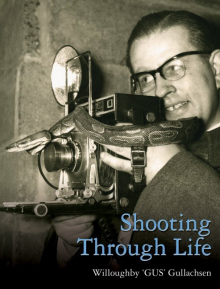 Shooting Through Life captures some of the highlights of the work of Midlands photographer Willoughby ‘Gus’ Gullachsen, spanning six decades. From a career dating back to the Second World War, in the course of which he has photographed show business personalities, pop stars, politicians and playwrights, Gus chooses 60 of his favourite images and accompanies each with a personal anecdote recounting the circumstances in which the photograph was taken. The result is a remarkable collection of portraits and places, many of which became household names during the second half of the 20th century.

Reviews of SHOOTING THROUGH LIFE