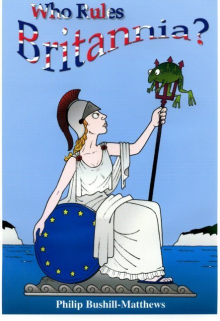 Conservatives topped the 2004 European Parliament election with 27 MEPs. Labour came second with 19 seats. But the media all focused on the UK Independence Party (UKIP), the party that came third with a dozen MEPs, forcing the LibDems into fourth place. The UKIP manifesto was simple: Say No to the EU and get out fast. Two million people voted for it. UKIP supporters believe they were misled into voting for a Common Market yet now find themselves part of an ever closer union. They feel victims of a ‘Great Deception’.
This book describes in a clear, down-to-earth manner the challenges and achievements of EU membership and the pitfalls of leaving. It shows how UKIP supporters have indeed been deceived – but not at all how they imagine. The author is a former businessman, now a Conservative MEP for the West Midlands, and author of The Gravy Train. He says there is no gravy in this book, just a lot of meat.