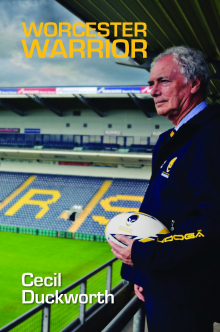 Cecil Duckworth tells the story of the many setbacks he encountered in the process of building up his combi-boiler business in Worcester, including the 1973 oil crisis and the fire that destroyed the factory in 1983. But selling Worcester Heat Systems to Bosch in 1992 made him a multi-millionaire, enabling him to turn his attention to Worcester and the city’s rugby club in particular, taking the Worcester Warriors into the Premiership. He reveals how some of the leading rugby clubs attempted to prevent Worcester’s rugby club from gaining promotion to the Premiership.

“A fascinating story… Lord Digby Jones says the book is worth ten management consultancy tomes – and who are we to argue?” Rugby World