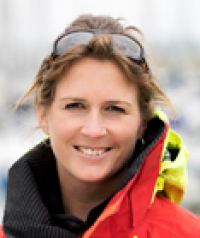 Kiko Matthews set off from Gran Canaria on 1st February, 2018, at the age of 36 to row alone across the Atlantic. She arrived in Barbados less than 50 days later, having broken the world record for the fastest woman to complete the crossing by more than six days.

Seven years earlier she had a tumour removed from her brain at King’s College Hospital in London after being diagnosed with Cushing’s Disease. When the tumour returned in 2017, a second operation followed, and Kiko set herself the challenge of raising £100,000 for King’s College Hospital by rowing the Atlantic solo, despite the fact that she had never rowed before.