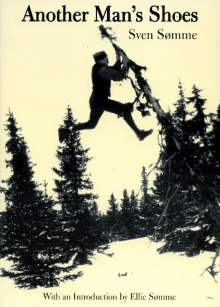 Another Man’s Shoes is a gripping first-hand account of a Norwegian scientist’s escape from German custody during the Second World War after his arrest for spying. Written just after the war, Sven Sømme vividly describes his 200-mile trek across the mountains, pursued by German soldiers, in a bid to reach Sweden and freedom in 1944. Sixty years later, his daughter Ellie set out on foot with her sister to retrace their father’s flight from Nazi-occupied Norway, meeting some of the people who helped him along the way. She recounts the emotional moment when a pair of her father’s shoes, exchanged for mountain boots, were returned to her by one family who sheltered him along the way and pays special tribute to her uncle Iacob who was also arrested and later executed.

Reviews of ANOTHER MAN'S SHOES