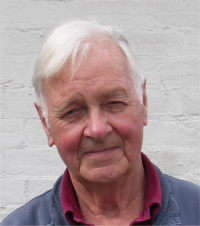 Christopher Morgan’sprevious publications include Don Carlos and Company and The Invisible Crying Tree. Born in 1927, he served in the Army from 1945 until 1964. He joined industry, becoming a director of Gallaher Ltd ten years later. In 1995 he set up the Shannon Trust to enable literate prisoners to teach other illiterate inmates to read. He lived in Sussex until his death in 2011 where he also farmed for 30 years.