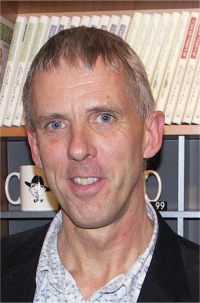 Lance Price is a writer, journalist and political commentator. He was a journalist for the BBC from 1981 to 1998. He joined Tony Blair's staff at 10 Downing Street in 1998 where he was deputy to the Communications Director, Alastair Campbell. He was the Labour Party's Director of Communications from 2000 until the General Election of 2001. His Spin Doctor’s Diary was published in 2005 at the same time as Time & Fate.