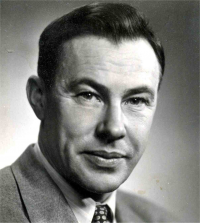 Sven Somme was born in Norway in 1904. A marine biologist, he was appointed Director of the Fishery School at Gossen, near Molde, in Western Norway in 1940, shortly after the German occupation began. Secretly working for the Norwegian resistance movement, he was arrested after photographing a German military installation in 1944 but managed to escape while being taken for interrogation, trekking 200 miles over the mountains to freedom in Sweden. After the war, Sven returned to Norway where he died in 1961.