How the senior surviving officer of HMS Reindeer, wounded in the battle with the USS Wasp in 1814, lived for over 50 years on a full Naval pension. 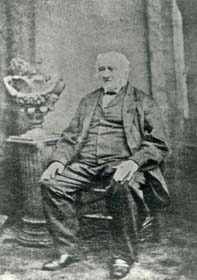 Exactly 200 years ago this month (June), a British Naval sloop, HMS Reindeer fought a brief but bloody battle with a heavily-armed American man-of-war, the USS Wasp.  Despite a courageous fight by the Reindeer’s crew, the British ship was forced to strike her colours after an engagement that lasted barely 20 minutes.  The United States had been at war with Britain since 1812 but it was to be the last time the British Navy took on the US navy in European waters.

The action took place on the 28th June 1814 off the north-west coast of France in the approach to the English Channel and resulted in 27 members of the Reindeer’s crew being killed, including her commander, Captain William Manners, and a further 40 wounded – more than half her entire company. The senior surviving officer, the sailing master, was my 3x great-grandfather Richard Johns, himself severely wounded; two musket balls had passed through his left thigh and another through his right arm.

The Wasp’s captain, Johnston Blakeley, had the battered remains of the Reindeer burnt at sea before putting the rest of her survivors ashore at L’Orient. In due course, they were repatriated to England and at the subsequent court martial Richard Johns and the rest of the gallant survivors of the Reindeer were honourably discharged; the court recorded that they had displayed ‘the most determined courage and resolution’.

Two years after Richard left hospital the doctors had still not been able to remove the musket balls, and the wound in his shattered left leg was still open, causing considerable pain. A cripple for life, having lost the use of the leg, which was now shorter than the other by two and a half inches, his right arm was so injured that he could never undertake active service again. Pension arrangements in the Navy were still at a primitive stage, and any man not of officer rank was lucky to get anything, for he was not seen as a permanent member of the Service.  At the time of the battle, Richard Johns had still been Acting Master, his appointment to that rank not yet having been confirmed by the Admiralty.  He had to ask for special consideration.

The time came when he finally had to ‘swallow the anchor’, and settle down for good with his family at Plymouth. When in 1863 the Admiralty abolished the historic title of Master, and retired Masters were promoted to the new rank of Staff Commander, Richard Johns, (pictured above) at the age of 82 with his wooden leg so honourably acquired, must have been among the oldest of them. At the age of 90, he was called to the Admiralty.  He presented himself in full dress, with cocked hat worn ‘thwartships’ like that of  Nelson in the Trafalgar Square statue.  A young officer pointed out to the old man that he was incorrectly dressed - the hat should be worn ‘fore-and-aft’.  Richard retorted that he had worn a cocked hat before the youngster was born. The fashion had changed well over half-a-century before.

At the time of his death in his 93rd year at Plymouth in 1874 Richard was still entitled to half-pay of a retired Staff Commander, more than 50 years after the engagement between the Reindeer and the Wasp which had left him crippled for life. Not for nothing was he known as ‘His Majesty’s Bad Bargain’.

As to the Wasp, after re-fitting at L’Orient after her encounter with the Reindeer, she resumed her cruise. Still commanded by Captain Blakeley, she made a further seven captures before apparently being lost with all hands in a Caribbean storm.