Stories of extraordinary heroism by people caught up in the horrors of the Second World War are still emerging even seventy-five years after the events. 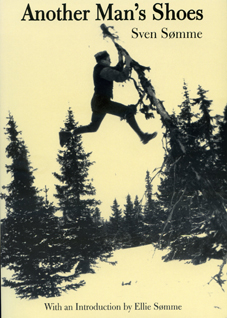 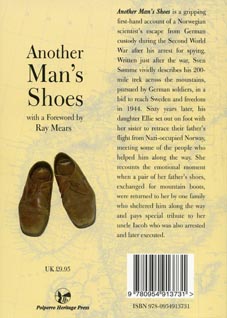 One such is the first-hand account of Sven Somme, a Norwegian scientist who was working for the resistance movement in 1944 when he was arrested for spying by the Gestapo. On his way for interrogation and almost certain death, he managed to escape and make his way across the mountains to freedom in Sweden, pursued by German soldiers.

Sven’s remarkable story, written shortly before he died after the war, was eventually published by the Polperro Heritage Press in 2005 after his daughter Ellie Somme had returned to Norway and traced the route of her father’s flight from Nazi-occupied Norway, meeting some of the families who had helped him along the way.

Ellie recounts one particularly emotional moment when a pair of her father’s shoes, which he had exchanged for mountain boots, were returned to her by one family who had sheltered Sven along the way.

After the book, Another Man’s Shoes, was published fifteen years ago, Ellie later discovered coded messages hidden in microdots under postage stamps on some letters among her father’s effects. Much has subsequently come to light about the secret work of the brave men and women who worked for the Norwegian resistance, many of whom were tortured and executed following capture.