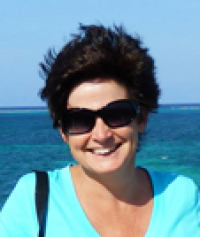 Sam Oakley is best known for her television presenting work with credits that include BBC Watchdog, Healthcheck, World in Action, Countryfile and the History channel. She also presented her own radio show for the BBC for many years and has worked across media and PR.

Originally from Buckinghamshire, Sam has lived in Paris and London. She is well used to island living, having spent many years living in Guernsey in the Channel Islands before making the move to the Cayman Islands with her husband and two children, Harriet and George.