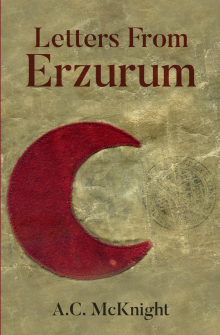 by A. C. McKnight

1877. War between the Russian and Ottoman empires has devastated eastern Turkey. In Great Britain, the medical profession is all but a gentleman's club, where class plays a greater role than science or progress. In such a world, a firebrand young doctor has few prospects, with no name or wealth of his own. Journeying east, Doctor James Denniston hopes to prove himself instead as a surgeon in the war-torn Orient: a volunteer under the Red Crescent.

His is a tale of hardship, endurance, and optimism, told in letters to the woman he loves.

James Denniston was a young Scottish surgeon who volunteered to work in a frontline hospital in Turkey during the war with Russia. in the 1870s. His letters home to his future bride graphically describe the appalling conditions there and the suffering of the wounded. Author A. C. McKnight’s account tells the story of an epistolary romance set against the background of war in 19th century Turkey.